Coming into tonight’s bout Canelo Alvarez was a 50-1 betting favorite over his opponent Avni Yildirim.

Yildirim had somehow become the WBC mandatory challenger after losing a technical decision to Anthony Dirrell in 2019. After that fight, he sat idle for 2 years until stepping into the ring tonight. I am sure a part of him wishes he would have stayed away.

The first round was uneventful as both fighters were in the feeling out process, nothing significant was landed on either side. During the second round, Canelo started opening up landing combinations to the head and body.

Yildirim still seemed hesitant to attack, which did not bode well for him. There was nothing he could do to keep Canelo away and off of him. The rout continued in the third round when Canelo landed a 1-2 combination that floored Yildirim. Yildirim to his credit got up to continue, but did nothing but absorb more punishment.

When he returned to his corner at the end of the third round Yildirim’s trainer Joel Diaz warned him he would stop the fight if he did not see any more activity from his fighter. His response must have not inspired any confidence, because Diaz stopped the fight before the fourth round bell .

Canelo moves to (55-1-2, 37KO’s) with the victory, and also defended his WBA/WBC/Ring Magazine titles. Next up for Canelo is a big unification bout on May 8th, 2021 against WBO Champion Billy Joe Saunders.

Leading up to their June 5th clash, the deck seemed stacked against Devin Haney. He was going halfway across the world t... 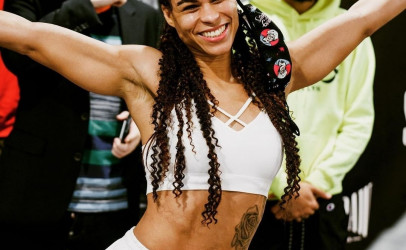